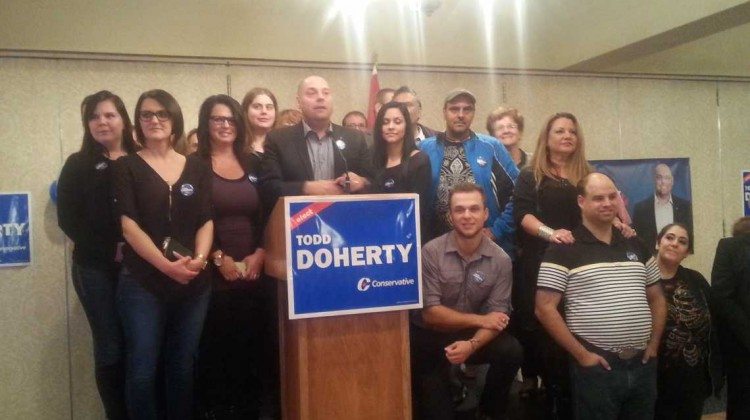 It wasn’t by the majority that they’ve been used to in the past but both Cariboo ridings will once again be represented by Conservatives.

Todd Doherty picked up the most votes in Cariboo-Prince George with almost 37 percent of the vote but that is a far cry from the 56 percent that former Conservative MP Dick Harris had in 2011.

The NDP’s Trent Derrick was perhaps a surprising third in the voting with around 26 percent considering he was said to be leading in the polls.

The rest of the voting in Cariboo-Prince George had Richard Jaques of the Green Party in 4th followed by Independent Sheldon Clare, Gordon Campbell who had no affiliate and then Adam De Kroon of the Christian Heritage Party.

Cathy Mcleod was re-elected in Kamloops-Thompson-Cariboo in a fairly tight three-way race.

Around 35 percent marked an x beside Mcleod’s name on the ballot….down from more than 52 percent in 2011.

The NDP’s Bill Sundhu won a close battle for 2nd with Steve Powrie of the Liberals.
Just 203 votes separated them. They had 30.8 and 30.5 percent of the vote respectively.

The Green Party’s Mathew Greenwood was a distant 4th with just 3.6 percent of the vote.