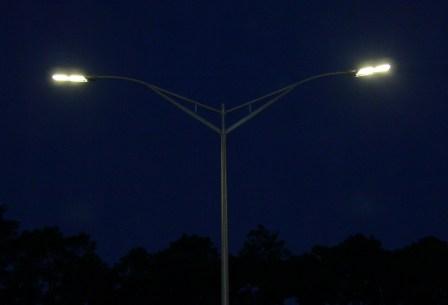 In the initial design for the Heron Ridge subdivision, there were no streetlights. This was not an oversight but by design. After consulting members of neighbouring areas, Trevor Embree decided against street lighting for the area. Residents in another new subdivision also didn’t want street lights, citing they live in a rural community, and want to feel it.

Council added the issue to their September agenda, saying they wanted to make sure they didn’t leave anything behind and consulted the public as well. Council received a written submission as well as phone calls for feedback on what they would like to see in the area. Residents were also invited to the October Council meeting to voice their opinions and concerns.

Most of the residents in the neighbouring areas we’re against the idea of streetlights One resident said streetlights would increase light pollution, and added: “to be able to see the stars, that’s an amenity”. Another said energy would be wasted on lights.

Councillor Ralph Fossum said a subdivision without lighting would be a novel idea and would start a tradition in rural communities. Councillor Maureen Pinkney did not share the views, saying safety is a concern without lights.

A compromise was offered with smaller light standards pointing away from houses which would cost approximately $2500 apiece.

A development variance proposal with conditions for the issue was approved by the council, and options are continuing to be explored.