The focus was on a potential new housing development at the Ramada Inn on St. Laurent Avenue. 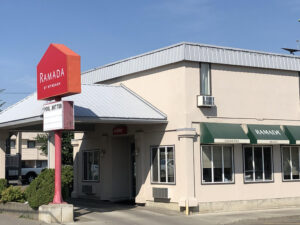 Malachy Tohill, the Regional Director for BC Housing in the North, says while the current shelter at Seasons House would technically be moving, the main function of the project is not a shelter.

“What we’re doing is we’re moving people that are in the current shelter into long term supportive independent housing, where they will pay rent.  They’ll be responsible for their unit.  Yes, there will be two meals provided per day, there will be support provided to get them to their doctor’s appointments and other appointments to help them move forward with a better quality of life, but it isn’t the same as not having your own place.”

That said, Tohill says there would be a shelter component to the new facility.

“The flexibility will be for a true emergency shelter via the meeting rooms there, and the amenity room that’s there.  We can put cots in there.  It’s not like we’re going to be building something extra or anything of that nature.  It will be through open, empty space that we have now where we can put cots.”

Tohill says the four individuals that they have living at the Grace Inn on Carson Avenue, COVID beds that were provided, would also be moving into the new facility.

He says something new at this new facility, if it goes ahead, would be what’s called a Home Opioid Prevention Site.

“Because they’re going to use in their room potentially anyways, right, because they pay rent, it is their own room, we’re just providing those supports.  They get to ask a staff member or somebody to watch them in case they get bad drugs, in case they overdose, and they could die.  It’s important to have somebody there.  If they know that there is a safe and secure place where they’ll be able to do that, we’re hoping that translates into less use on the streets, less use in public, and less needles being discarded.”

Tohill says the Ramada Inn, if the re-zoning gets approved, would provide 45 units in total along with some flex space.

BC Housing will hold another community engagement meeting at Spirit Square on Wednesday (Aug 24) night between 5 and 7.

Results from the public consultation will be presented to City Council at the September 6th meeting, and a public hearing on the project is set for September 13th.
.