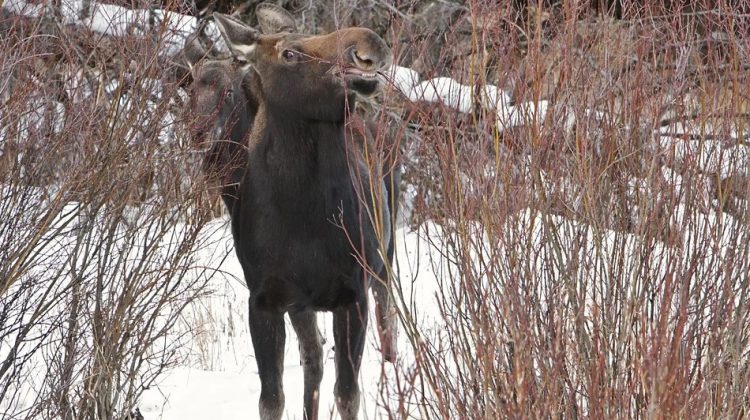 The Ministry of Forests, Lands, Natural Resource Operations and Rural Development (FLNRO) is once again seeking input by the public in its campaign to track the overall prevalence and distribution of winter ticks that affect moose.

“The ticks impact the moose as they gorge on the moose’s blood which leads to hair loss as they rub themselves to try and get the ticks off,” said Ministry wildlife biologist Kevin Watt.

“This leads to abnormal behaviour which makes them more susceptible to predators.”

The extent of hair loss on a moose is easily observable and gives a rough indication of how many ticks the animal is hosting.

“At this point, it’s hard to tell what’s happening with winter ticks,” Watt said. “Hopefully, this program will help determine what the long-term trend of winter ticks is doing to moose in the province, as well as if they’re becoming more prevalent or not.”

Winter tick infestations can be observed on moose during January through April.

The FLNRO says the findings of the surveillance program will contribute to the Provincial Moose Research Program, which was initiated in 2013 to investigate factors influencing moose populations in B.C.

Participation is open to anyone within the province.

(With files from Justin Madu, MyPrinceGeorgeNow.com)