Williams Lake to host 2020 BC Provincial Mine Rescue Competition 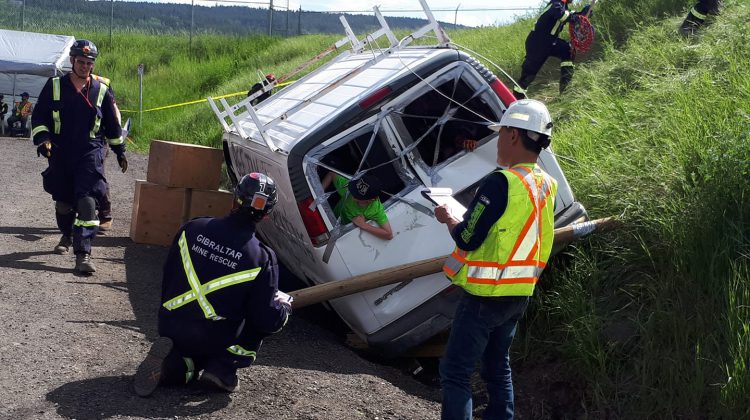 Williams Lake City Council has approved funds for the city to once again act as the host for the BC Provincial Mine Rescue Competition.

Council gave unanimous support to the recommendation and that the amount of up to $10,000 be referred for inclusion in the 2020 budget at Tuesday’s regular council meeting.

Mayor Walt Cobb said it was a great event this year.

“We might get it three years,” Cobb said. “We’ll get it for two by the looks of it for sure but quite often they do it for a three-year stint in any one community. So we might get it for another year yet but it was a great event and brought a lot of people to town.”

Councillor Scott Nelson said he agreed with Cobb and that it is a huge economic generator.

“It filled the community up-300 to 400 people come plus their spouses,” Nelson said.

The 2019 competition was held at the Williams Lake Stampede grounds this past June. CAO Milo MacDonald said in a Council report it was well-received and genuinely enjoyed by the community.

The Provincial Mine Competition held annually since the 1950s brings together mine rescue teams from across B.C. to test their emergency response and rescue abilities in either surface or underground competitions in a one-day event open to the public.

It is scheduled to take place next year in Williams Lake on June 6.