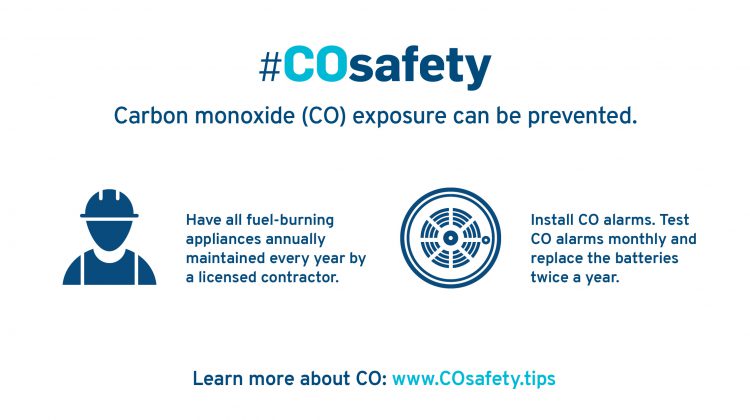 An invisible, tasteless, and odorless gas has been responsible for 119 deaths in the province between 2008 and 2017 according to the BC Coroners Service.

Fire chief of 100 Mile Fire Rescue, Roger Hollander says there is always room for improvement when it comes to education on carbon monoxide.

“Smoke alarm technology has been out for many, many decades, and people unfortunately still don’t have smoke alarms in their homes,” Hollander says.

“Now with carbon monoxide the same sort of thing; we’re looking to educate the public as much as possible and I’m glad to see that the province has put out their first carbon monoxide awareness week starting this year.”

Carbon monoxide is produced when fuels such as propane, gasoline, natural gas, heating oil or wood do not burn completely in fuel-burning appliances and devices.

The Office of the Fire Commissioner and Emergency Management BC says this is why it is critical to ensure fuel-burning appliances, chimneys and vents are properly maintained, vented as appropriate, and cleaned and inspected annually.

“We get called out on a regular basis to carbon monoxide alarms,” Hollander says.

“We had one this weekend already and it’s that time of year where homes get buttoned up and windows get closed because of the cold season, and of course all of your wood fireplaces and your gas appliances start to get sparked up so that’s the time that they’ve put in this awareness week due to the higher number of calls.”