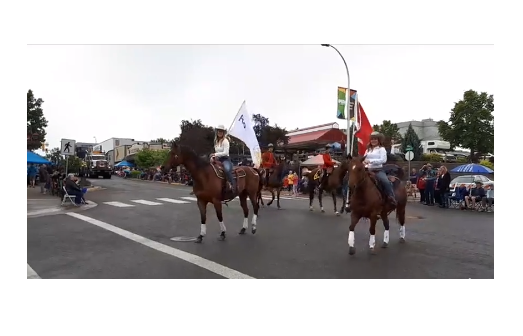 Williams Lake Daybreak Rotary is hoping to sit down with City Council to discuss its concerns before entering into another contract for the annual Stampede Parade.

Chair of the 2019 Parade Committee Lorne Doerkson said the last contract that they’ve just completed was for a three-year term.

“That now is obviously fulfilled and expired, and I think it’s just an opportunity for our group to just regroup and think about it,” he said.

“As we’ve discussed I think publically and repeatedly the issues are enough people in our club to effectively put on a great parade and of course the liability issues are very serious.”

Doerkson added they are writing a letter to City Council that they hope to submit by next week.

“We had a very successful parade this year as we’ve had in the past and did it with a relatively small Daybreak Rotary Club, so it has been successful and it can be successful again,” Doerkson said.

“I think though our club definitely wants to engage with City Council to make sure that we have all of our bases covered as far as costs of the parade which is significant and also the liability, and I can’t stress that enough. It’s a very serious issue and it really surrounds things being thrown from parade floats, so we don’t want anybody to be injured of course but there is a very serious liability issue there and we need to address that before we commit to doing anything further.”