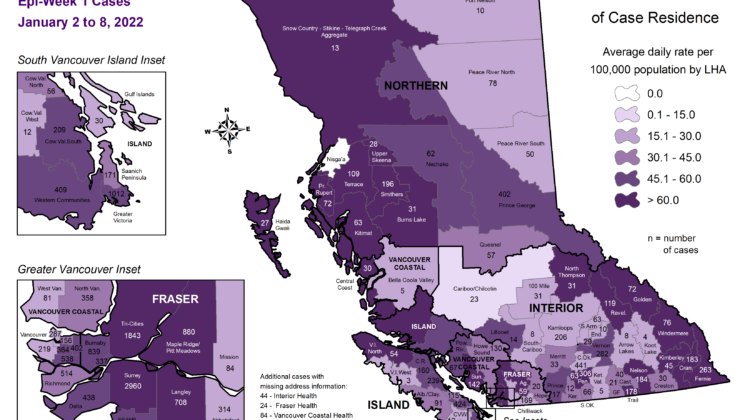 (BC Centre for Disease Control)

The number of COVID-19 cases shot up last week in two of three Cariboo communities.

The BC Centre for Disease Control reports that there were 57 new cases in Quesnel between January 2nd and the 8th, up from just 34 the previous week.

There were just 23 last week, a drop from 46 the previous seven days.

When it comes to vaccination rates in the Cariboo, things have leveled off.

Roughly 80 percent of those 12 and older have received a first shot and about 75 percent a second dose, which hasn’t changed in a few months now.

Not a lot of children between the ages of 5 and 11 are getting vaccinated.