Lytton on fire after extreme heatwave 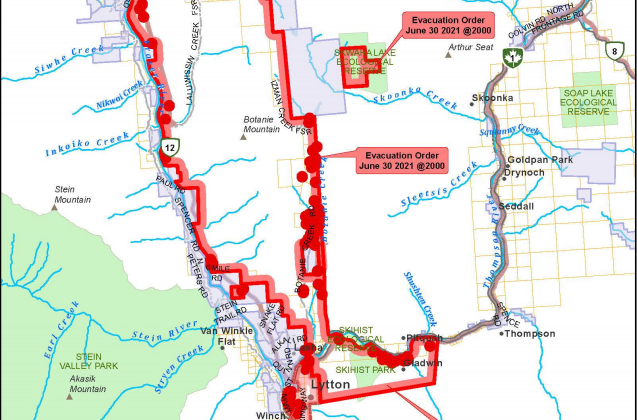 MP Brad Vis had an update on Facebook over the fires in Lytton:
“The fire has caused extensive damage to the town of #Lytton, BC and surrounding critical infrastructure. The town has sustained structural damage and 90% of the village is burned, including the centre of town.
Neighbouring Telus and BC Hydro stations have suffered extensive damage. In addition, rail and highway infrastructure are affected.
There is no access to Highway 1 north of Lytton, and Highway 12 is also compromised. Detours are available via Highway 8 & Highway 5. There are reports of several injuries. The situation is ongoing.
I am in communication with the federal Minister of Public Safety and Minister of Indigenous Services who are responding accordingly in conjunction with provincial authorities.
If you are from the region and have not reported to TNRD Emergency Operations, please do so immediately:
1-866-377-7188 // 1-250-377-7188 // [email protected]”

An Evacuation Order has been issued for the village of Lytton. 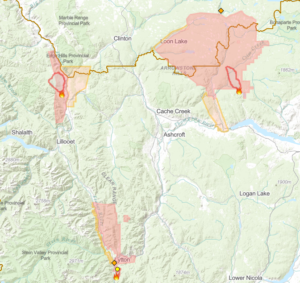 The BC Wildfire Service is working with the Lytton Fire Brigade to deal with the incident.

Lytton had broken the heat temperature record for all of Canada, reaching over 49 degrees.