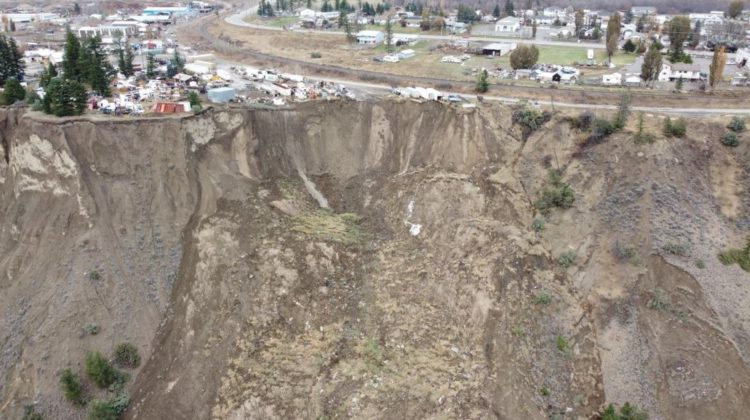 With a good portion of the recent snowfall melted away, the City of Williams Lake is concerned about the possibility of another landslide happening.

Mayor Walt Cobb said that with how much snow fell and with how quickly it melted, it has increased the possibility of another slide happening in the River Valley escarpment.

“It’s certainly a concern. We got just about six inches of snow and by lunch, it was all gone. That water has got to go somewhere,” he said. “It’s a major concern, the ground is already saturated and this is not helping.

Cobb says that the bigger concern is for the property owners on Frizzi Road.

“They’re doing what they need to do,” he said. “They have been making progress. I asked the staff how it was going and everybody is doing what they can to get stuff moved away from the bank.”

He added that the property owners are following the City’s request to move any items 25 or 15 metres back from the edge of the River Valley escarpment.