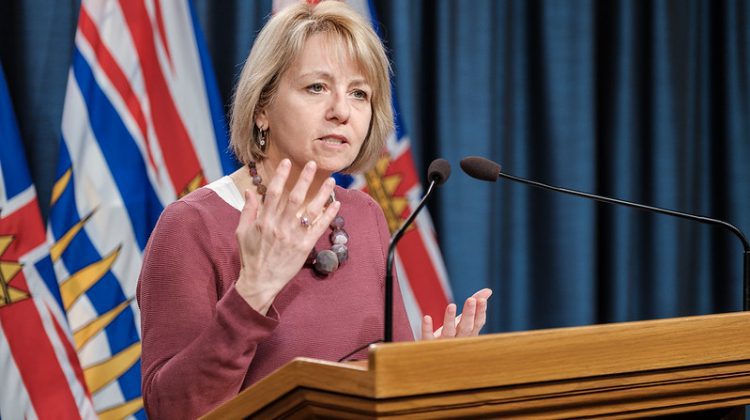 BC Provincial Health Officer Dr. Bonnie Henry confirmed 27 new cases of COVID-19 in the province today (Friday), for a total of 3,419.

She also mentioned an outbreak along the North Coast.

“There is one new community outbreak on Haida Gwaii, with 13 total confirmed cases of COVID-19 to date. Of the 13 people who have tested positive, one person has recovered and 12 are active cases. At this time cases are all local residents. While the initial source of transmission is still being investigated, the cases are all epidemiologically linked. Some are related residents who had recently traveled off-island, and others are from exposure to known cases.”

Northern Health has two new cases for a total of 79.

Ten people in the northern region have tested positive in the past 48 hours.

There are 294 active cases in the province, while 2,934 people have recovered.

Of those, 12 individuals are hospitalized, three of which are in intensive care.

One new death was recorded bringing BC’s total to 191 deaths.

Dr. Henry also hinted at more restrictions that are on the horizon.

“In the coming days, a new provincial health officer order will be in place to limit the number of people who can stay at and visit short-term rental accommodations and boat rentals. Whether at home or renting, keeping our groups small will keep all of us safe.”

“Similar to the case in restaurants, the number of people will be determined by the size of the space to ensure safe social interactions for everyone.”

Here is a full breakdown of cases by health authority: