Health Authorities across the province reported a 30% decrease in productivity during COVID-19. 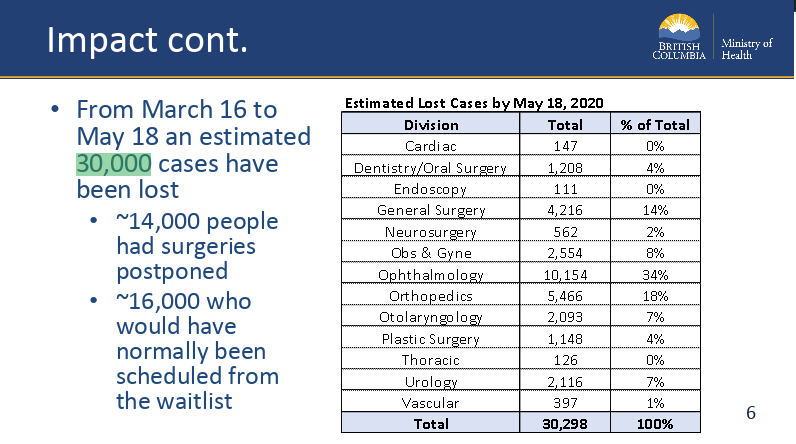 This loss of productivity means that, up to May 18th, an estimated 30,000 elective surgeries have been cancelled.

“That’s 30,000 people that have to endure pain and suffering as we have worked together to address COVID-19,” Premier John Horgan stated.

A further 24,000 cases have not been added to the waitlist due to slowdown in surgeon referrals.

A five-step plan was unveiled today (Thursday) to address the growing list of cancelled surgeries.

B.C. residents can also expect to see an increase in essential personal through step 2, while step 3 focuses on urgent patients and those who have had their surgeries postponed.

The fourth step looks to add additional resources to the healthcare system, including additional funding.

Finally, step 5 is centred around transparency to the general public, with ongoing result reporting.

“We will do this in the safest way possible for patients and providers,” said Minister of Health Adrian Dix 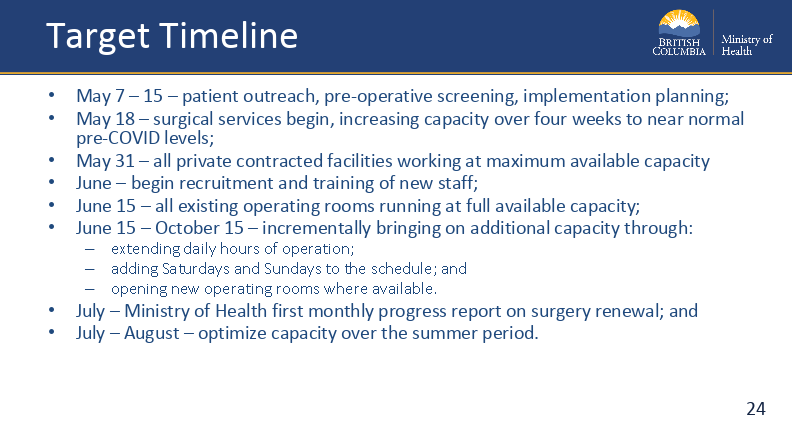 “We’re going to throw everything we have at this issue because the people who sacrificed and had their surgeries delayed… I think those people deserve that,” Dix added.

Regaining the 30,000 lost surgeries is expected to take between 17 and 24 months, although the timeline is subject to change.