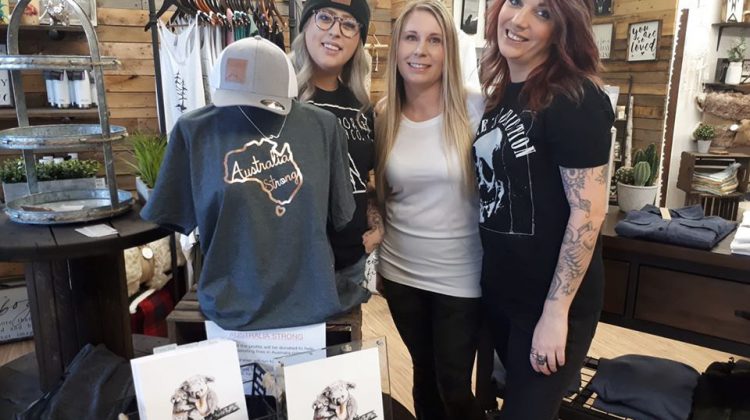 “I figured that would be about the ballpark that we would be in,” says owner Courtney Vreeman. “The first two days were absolutely insane and then it kind of died out a little bit after that which I was expecting but $12,600 is not bad.”

Receiving orders from around the world for the t-shirts emblazoned with ‘Australia Strong’, Vreeman says they had received approximately 640 orders from as far away as Australia and Denmark.

“I’m really proud,” Vreeman says. “They’re [staff] all pretty proud too and we’re very thankful that we live in a community where people support fundraisers like this. It’s awesome.”