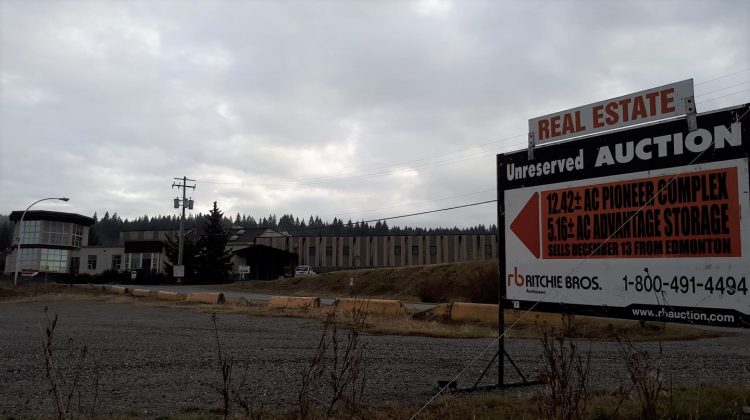 “We’re going to miss it but you know what life is full of different chapters and it’s time to get on with another chapter.”

Andre Chevigny with Pioneer Family Land Partnership says they are busy with life and want to get on with other investment strategies as the Wiliams Lake Pioneer Complex goes to auction on Friday, Dec. 13.

“We’ve owned the complex now for about 15 years,” Chevigny says of the building that was once the University College of the Cariboo.

“When we purchased it it was sitting vacant for seven or eight years. There was a lot of vandalism and broken windows, and I think there were about 47 broken windows when we bought it in January-February and it was 37 below and I remember the gas line was just vibrating when it was going so hard. We just always thought the building was an amazing building. It was built in the early 80s and I remember I was in high school and we were snowplowing it for the winter; my brother David had a contract to do the plowing and sanding, and I think he was still in high school at the time-grade 11 so it’s been around for a lot of years.”

Since having purchased the property that sits on the Hodgson Road slide Chevigny says they have had engineers involved as professionals directing them what to do.

“As well as our property there’s Terra Ridge above us and I think there’s about 25 million dollars worth of condominiums; they’re on the slide as well as the church and some other properties above up on Dog Creek Road but we always saw a lot of potential with it,” he says.

“We did a lot of work to it over the years. We started in around 2006, 2007 doing some major, major repairs up here, and we’ve spent around 1.6 million dollars bringing the building up to where it is today all through the advice and overseeing of engineers every step along the way so we’re really proud of it.”

Chevigny maintains they do not see themselves leaving the community in any way.

“We’re still the largest landowner within City limits and we have a lot of ideas for the remainder of our lands, of the Pioneer family lands,” Chevigny says.

“We’re extremely proud of everything we’ve done over the years and it’s always been a 20 year or a 25-year plan when we purchased the property. We’ve had opportunities over the years to sell out and move on and do things somewhere else in other communities and we chose to stay in the community of Williams Lake because our kids are here, our grandkids are here, and it’s something we’re really proud of. The biggest thing just to tell people is at this point we don’t see ourselves leaving the community in any way.”

(Editor’s note: Listen to Andre Chevigny with the author of this report in the audio file below)