2019 Was A Good Year For Barkerville 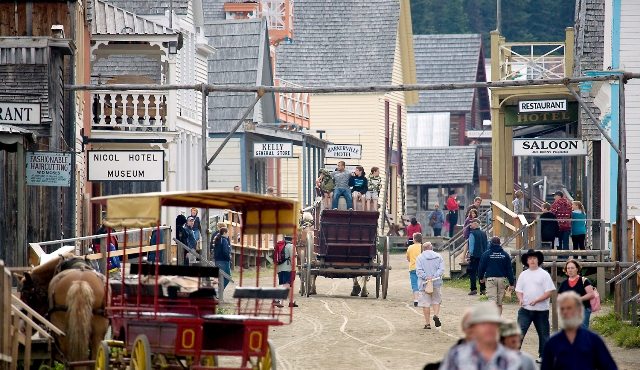 Attendance was up at the historic town this season.

Coleman says they were just under their goal of 60,000 visitors due mostly to a drop in visitors from the region…

Coleman says the rain and gas prices early on in the season may have played a role in them seeing fewer regional visitors as well, although he says they will gladly take the trade off of the rain over wildfires.

He says they had more visitors from Vancouver Island, the Okanagan and the Lower Mainland, and European participation was up as well.

Coleman says 2019 was a positive year overall however, and he lists a 200 thousand dollar bump in their camping revenue and the implementation of their Indigenous programming as highlights.

Looking ahead, Coleman says they will now move into their activities season…

“We’re hosting different conferences, we have a few weddings and then once we get enough snow the tube run opens, and when the tube run opens our cafe and gift store opens and we have snowshoe rentals. The snowmobilers start to arrive, there are four thousand snowmobilers that usually come out annually, and we’re also expanding our trail system so the impact of that will occur when you get more cross country skiing, back country skiing, that kind of activity.”

Coleman says they are also working on expanding their winter programming…

“We did receive a grant for 2020-2021 to have full programming in the winter, so interpretive programming and some special sessions and workshops, and that’s a 268 thousand dollar grant from Western Economic Diversification that will basically be available to us starting April 1st”

Coleman says they also have a Rural Dividend submission in for this winter to companion with that federal grant, which he says is delayed right now while the government reassesses its provincial resources to support mill workers.