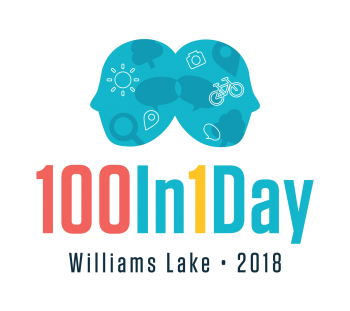 The Invasive Species Council of BC will be looking to further combat invasive species at a 100 in 1 Day Festival coming up in Williams Lake.

The Lakecity is one of 12 cities across Canada that will see residents transforming their city on June 2, 2018 through hundreds of actions, events, or installations that inspire action and connection in their neighborhoods.

“Williams Lake is quite unique; there’s not a lot a small cities that were selected for this,” says ISC extension coordinator Camille Roberts.

“A lot of initiatives are very open-ended so it could be something like sectioning off an area in the street and making it a green space or doing kids activities like a giant art project, but ours is a little bit more structured. We tried to go through the environmental theme and we’re going with invasive species as the Invasive Species Council is putting this on.”

“We get to do action that’s making a huge difference in our conservation efforts. That’s how we were selected so it’s pretty exciting.”

100 In 1 Day according to the movement’s website was started in 2012 by a group of design students in Bogotá, Colombia who originally intended to launch six urban interventions that would maximize the potential of their city. Over beers they, however, decided to be more ambitious and launch 100 urban interventions that would take place in one day.

Roberts says that a lot of great ideas were floated around at an ideation workshop Wednesday including a weed pull and a bike wash station, and notes that anyone can register an event.

“We’re still going to be developing ideas as this progresses because we want the community’s input. It’s definitely going to be heavily based on volunteers, and because it’s a global initiative it’s a great way for volunteer experience as well.”