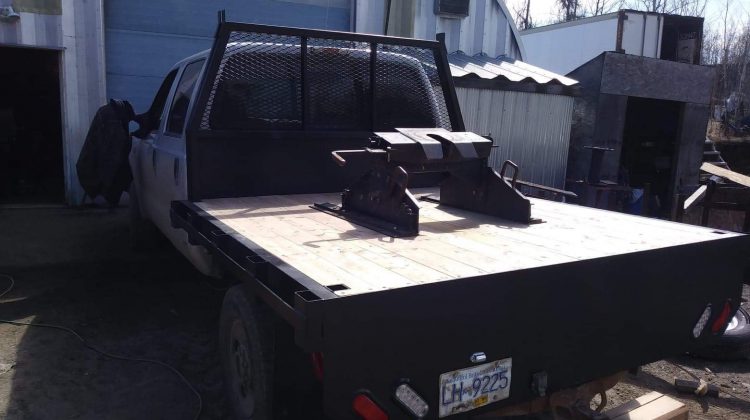 Update Friday, Jan 10: A work truck reported stolen from a Lac La Hache business following a break and enter has been recovered. 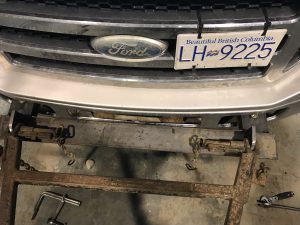 The grey 2006 Ford F350 truck with a customized flat deck from DL Timber Technologies Ltd. was recovered Friday morning by 100 Mile RCMP near Buffalo Creek after it was seen by a witness parked along Back Valley Road.

Staff Sgt. Sven Neilsen says the vehicle had been painted black by the unknown suspect or suspects who also attempted to light it on fire.

“The vehicle has been seized for forensic examination, but evidence was located in the cab of the vehicle which may lead to identifying a possible suspect(s).”

Previous published Thursday, Jan. 9: 100 Mile RCMP are investigating a break and enter which resulted in a truck with a customized flat deck missing from a Lac La Hache business.

Police attended to a report of the break and enter Thursday morning which occurred overnight at DL Timber Technologies Ltd.

Staff Sgt. Sven Nielsen says the owner reported that the front gate had been heavily damaged, and a grey 2006 Ford F350 truck with a customized flat deck, large fully tidy tank, a trailer hitch, and modified front bumper was taken.

“It appears that the vehicle sustained some front end damage as the unknown thief drove the vehicle out of the yard and through the front gate, causing some damage to the front driver’s side bumper,” Nielsen says.

A second truck is believed to have been possibly involved in the theft.

Neilsen adds that while one of the outbuildings was entered nothing else appears to have been taken.

Anyone with information about the break and enter or location of the vehicle that has BC license plates LH 9225 is asked to contact RCMP or Crimestoppers.

“Do not attempt to approach or stop the vehicle yourself if located,” Neilsen says.

The incident follows the theft of a 2016 Freightliner Cascadia Tractor connected to two-flat deck trailers that are believed to have been stolen sometime on Dec. 26.