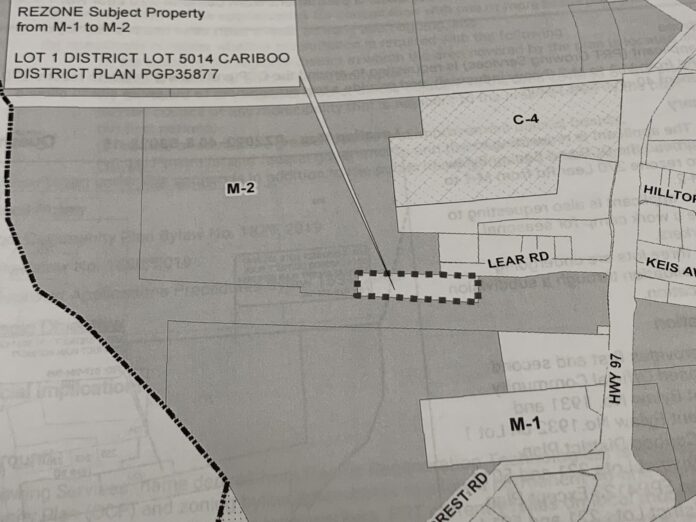 Quesnel City Council is one step away from approving the rezoning for a 40-unit work camp.

PRT Growing Services is asking that its property on Lear Road be rezoned from light industrial to heavy industrial.

“The idea of building this camp. PRT Growing Services, as a lot of people in town know, we utilize the temporary foreign worker program to help subsidize our staffing throughout the year.  It’s got the potential to be a 40-man camp but the first stage is for 20 workers.  It gives us the opportunity to provide housing to Canadians should they be coming up from Williams Lake or Prince George, but the main goal of this camp is to provide housing to our temporary foreign workers which are under a Federal regulated program.”

Chewitt said that the housing was only for their workers and that that there was no intent to rent them outside of the nursery.

There was just one objection to the rezoning from the public over concern about the potential for increased trespassing, vandilizm and theft.

Chewitt noted that they have never had a problem with theft with these workers.

“They come t the country with a purpose for employment and to make money for their families back home.  These workers are on federally written contracts, so they are very strict contracts and should they fault, it makes them inadmissible to Canada.  We also provide them with a list of housing rules that they need to abide by, and if there are any problems we do hold the right to send them back to their country or origin .”