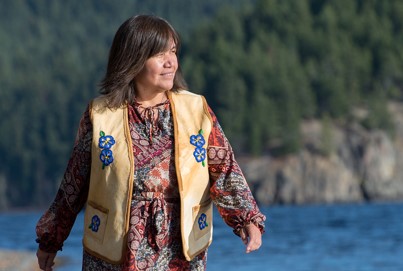 The Canim Lake Band re-elected Chief Helen Henderson to be the community’s political head for a second term.

By the time polls closed on April 30th, Henderson received a total of 70 of the 234 votes that were cast.

Henderson said she looks forward to effecting change along with the council, her people, and the community.

“I’m excited and honored to be given an opportunity to carry on the work of our office and carry out the work alongside Council. It’s an exciting opportunity to see some files through, but also catapult our community and our members into that next level of self-governance as well.”

Over the past four years, Chief Henderson has led the community through unprecedented times.

“Challenges for sure but I would actually say the opposite. We’re true self-governors when we can make decisions for our members in a swift, accurate way when we’re dealing with life and death, fires, and pandemics. All of those decisions become a collective decision in the best interest of our members, and when you look at it through that lens, you can truly feel like you’re representing your people and doing the very best that you can when making these decisions as opposed to political decisions.”

Henderson said looking at the past couple of years it brought our community together and strengthened our response to these events and each other, we’re stronger together.

“With that mindset to come out of these very serious events that impacted our health and claimed the lives of our beloved Elders and members, there’s a lot of healing that needs to happen and that’s just from these emergency events we found ourselves in,” Henderson said, “Then along the way being impacted enormously by the discovery of the 215 also triggered a lot of trauma in our collective and our mindset, and our eyes and our vision is on the kind of healing that we can bring to our members as well moving forward and that’s our number one priority.”

Elections for three Councillor positions will be held in the upcoming months.