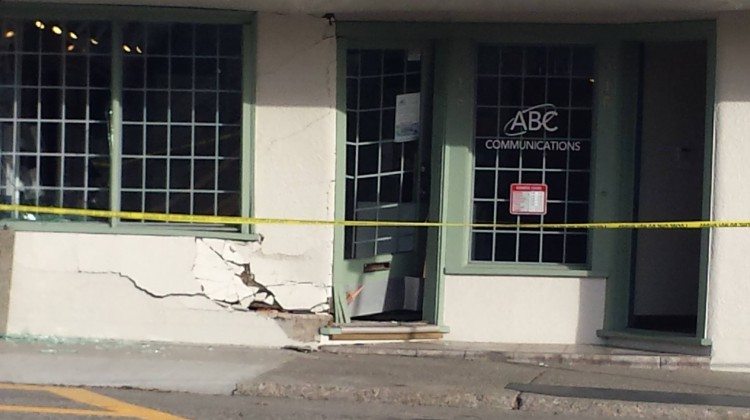 -Image Courtesy: Troy Lucani
It was a case of car versus building in Quesnel this (Nov 5) afternoon.
RCMP were called to the scene of a motor vehicle incident at ABC Communications on Reid Street just after 12-30.

Sargeant Darren Dodge says their investigation revealed that the driver of a car was parking the vehicle and accidentally pressed the gas peddle, causing it to jump the curb and strike the building.

He says fortunately no one was hurt inside the building and the driver and two passengers in the car were checked out by BC Ambulance personnel at the scene and were released.

As for potential charges, Dodge says their investigation is continuing.