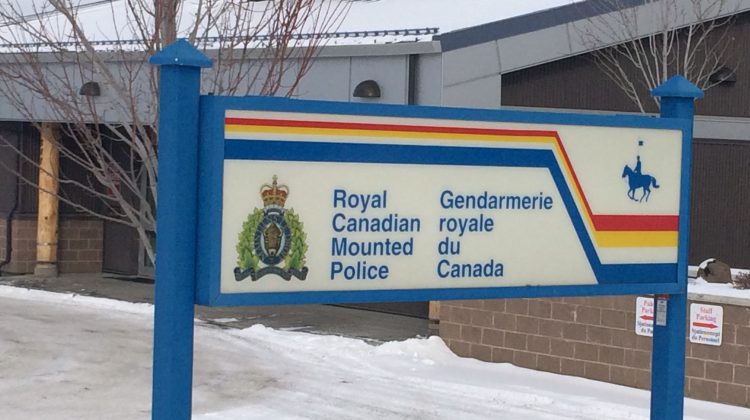 100 Mile House RCMP were called to the Co-op Cardlock on the Exeter Truck Route at around noon today. (Thursday)

Staff Sergeant Svend Nielson says an employee of the CO-OP Cardlock observed the tractor trailer leaking what appeared to be a purple coloured substance.

Nielson says it turns out that it was the same tractor trailer that was involved in an accident earlier in the week.

“The tractor trailer from the incident from the 11th was moved away from the scene by a tow company that isn’t from 100 Mile, and it was dropped off for a reason we don’t know yet, into the Co-op cardlock without their permission ,and obviously without proper safety precautions in place.  The vehicle is covered in essentially wood glue, the resin that was involved in the accident.”

With the rain and the melting snow, Nielson says it goes from the parking area towards a drain.

He says Emergency Management BC is now on scene helping with the clean-up.

He says there is no danger to the public.

“From my experience with what’s going on, you just want to stay from the blocked off area in the parking area there.  There is no reason at this point to close the Cardlock, as it is safe for people to use.  We just ask that you avoid the areas that are marked off.  Essentially it is a skin irritant which causes some reaction to skin.  You certainly don’t want to ingest it.  The resin is a purplish color so it is quite easy to see against the white of the snow. It’s just in one long path from the vehicle.”