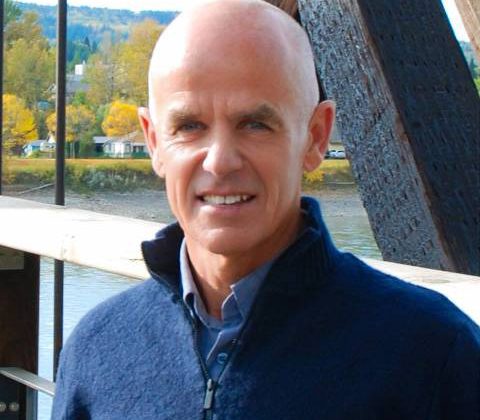 Bob Simpson (supplied by City of Quesnel)
It’s official.
Bob Simpson intends on running again this year.
Prior to the last municipal vote, Simpson declared that it was his intent to not seek a third term.
So what changed ?
“I also believed at the time that the City was on track to lock in all of our major initiatives over my second term as Mayor.  Unfortunately, that has not proven to be the case, as many of our key initiatives have been delayed due to climate-related emergencies and the ongoing COVID pandemic.  In particular, we are still trying to lock in the North-South Interconnector project and we’re still working to obtain a Community Forest in partnership with four First Nations communities.  Our Food Hub initiative has also had a slower than expected start and is just now on the cusp of a major expansion, and all of our social initiatives have taken on even more importance and must be accelerated in the coming years.”
Simpson says he also looks forward to continue the work that has begun on reconciliation with First Nations.
“It is vital to the future of all of the communities in the North Cariboo and it is, at its very core, relationship based.  It’s taken years to build the relationship between the Chiefs of these First Nations and the Mayor’s Office and I believe it’s essential there is continuity in the position of the Mayor in order to advance these relationships over the next four years.”
Simpson says the success of the rebranding of the City, the aggressive community-based marketing initiative they’ve undertaken, and the significant investments they’ve made in new amenities and attractions has created a new challenge for Quesnel which is managing growth.
Over the next term, he says Council must shift gears from trying to stimulate growth to thoughtfully and proactively managing it so that it can continue to build a truly sustainable community.
So far, Simpson would be the only name on the ballot once again, as he was acclaimed back in 2018.
Simpson defeated incumbent Mary Sjostrom to win his first term back in 2014.
The 2022 municipal election will take place on October 15th.