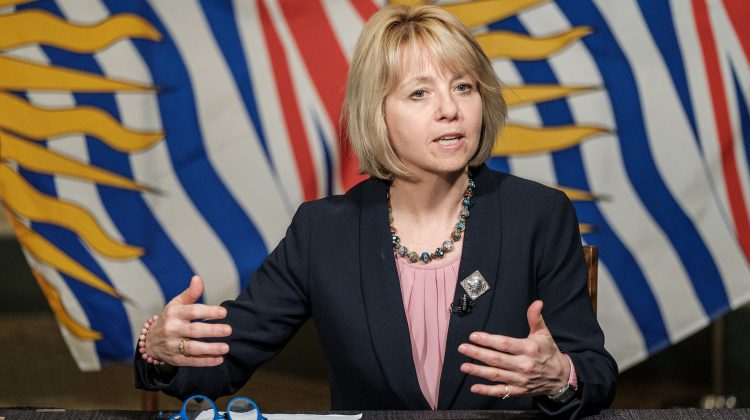 (With files by Brody Langager-MyPGNow)

COVID-19 cases in BC could start to see a decline in a few weeks.

That’s according to Dr. Bonnie Henry, who said modelling from other provinces and countries looks promising.

“I think we’re getting the sense that we’ve levelled off somewhat. And if we look at what we’re seeing in other jurisdictions that have been ahead of us in terms of this wave, around Canada and around the world, we may be entering soon into the place where we will see a decline.”

“I mean if you look at the UK in particular they are starting to see their downward peak. We haven’t seen it so much yet in some other countries absolutely like Denmark and a few others,” said Henry.

Minister of Health Adrian Dix noted that there will be a discussion on the issues with modelling that the province has been going through on Friday (January 14th).

He also addressed the announcement that Quebec would be implementing a financial penalty on unvaccinated people.

“I can say definitively we will not be proceeding with a similar measure in BC.”

In terms of the call from the Minister of Health of Canada, Jean Yves Duclos, for provinces to decide whether mandatory vaccines were necessary or not, Dr Bonnie Henry said the current support for vaccination is strong.

“I don’t foresee making it mandatory for vaccinations for everybody in the province.”

She noted that the main thing they’re focusing on is having a balance.

“Our primary focus needs to be keeping as much as possible open in our communities and ensuring that we have that balance that our healthcare system is not getting overwhelmed, as stretched as it is.”

Henry said more anti-viral medication is also under review from Health Canada, and that she’s hopeful that there will be more treatment options available in the future.

She also addressed the number of vaccinated people getting COVID-19 in BC, noting that their risks elsewhere are dropping significantly.

“So yes, vaccinated people are becoming infected, and the percent of vaccinated cases reflects that. But, they’re much, much less likely to need hospital care, ICU care, or to die from covid.”

Henry also noted that vaccinated people are much less likely to transmit the virus if they get infected.

Dix said capacity for vaccinations in BC is expanding, so people already booked can try to get a closer appointment.

“Anyone who has booked can continue to go back online and try to move up their booking if they wish as capacity is coming on stream everyday.”

He added there were more than 80,000 appointments for vaccination added yesterday (Monday).