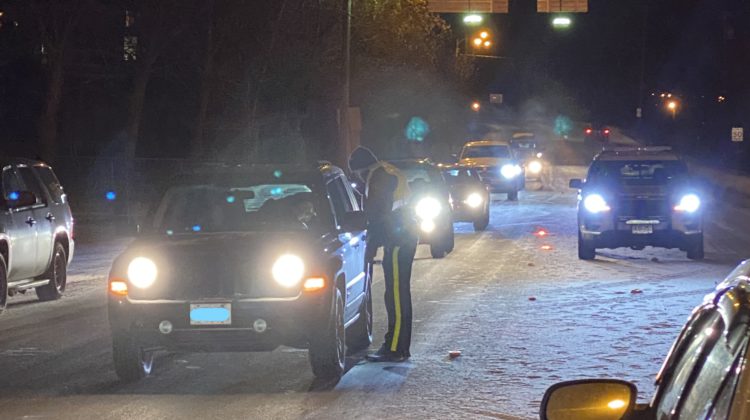 It was National Impaired Driving Enforcement Day on Saturday and Quesnel RCMP used that day to  kick off the December Counter Attack campaign as well.

Corporal Serge Bruneau, with BC Highway Patrol’s Quesnel Unit, says motorists can expect to see extra road checks, and extra enforcement in the community of Quesnel and the surrounding area as well.

“You can expect to see extra road checks, extra enforcement within the community of Quesnel and the surrounding communities as well, there will be police officers out in full force looking for impaired drivers, distracted drivers and just all around aggressive drivers.”

Bruneau says the road checks can happen anywhere and at any time.

“You should expect to see members performing road checks in random areas, in random locations, and ultimately the members at the road checks are there to ensure the public has a safe ride home and everybody makes it home alive.”

Bruneau says the focus will be on impaired driving primarily, both by alcohol and drugs, but he says they will also be checking for distracted drivers and aggressive drivers.

He says the number of people that are driving impaired has actually been going down.

“In the last five years we have seen a decline in impaired driving, both by alcohol and by drugs.  Impaired driving is no longer the lead cause of fatalities on our roadways.  It has been surpassed by aggressive driving behaviors and distracted driving.”

Bruneau says unfortunately though, they are still dealing with impaired driving as one of the leading causes, which is why they will be out there.