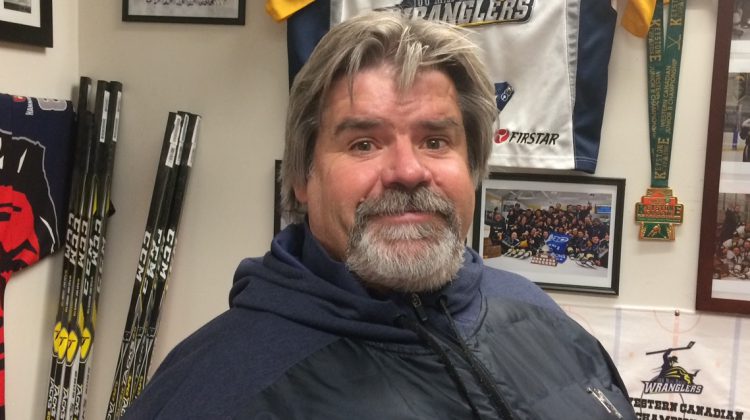 The 100 Mile House Wranglers are scheduled to play in Princeton this Friday, but when they arrive, they won’t be playing hockey.

“What we’re going to do is, we’re taking our bus down, and a trailer and some people are bringing vehicles and deliver donations we’ve been collecting”. Head Coach and GM Dale Hladun said, “We’re going down there early Friday deliver those items to the community and then the boys, we’re going to try and be active in town, whether it’s taking stuff to homes, or cleaning the streets, whatever, we’re going to plan a workday down there.”

Hladun said the team has been accepting non-perishable items since this past weekend and will continue to until mid-afternoon this Thursday (November 25th).

“We plan to leave real early Friday morning so if we can get donations here by Thursday that way we can sort it out and plan what we need to move it. Anytime people can bring donations to the rink that would be fantastic. People in Princeton need our help so let’s go down there and help them.”

Hladun said he’s really excited to be going down to Princeton and helping out as he use to live there coaching the Posse for just under 9-years.

He still has pictures of where he used to live and it’s flooded out and just sad to see because they’re great people down there.

Anyone wishing to make donations can drop them off at the South Cariboo Rec Centre.