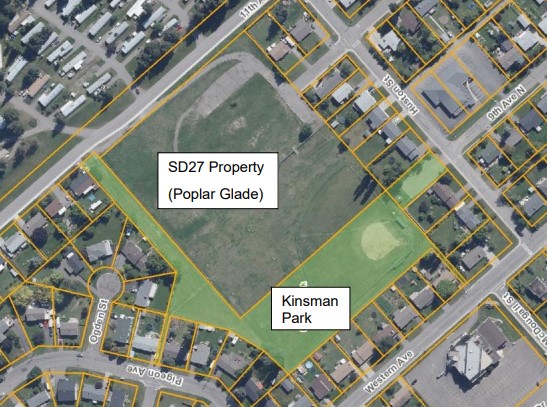 (courtesy of the City of Williams Lake)

The City of Williams Lake is considering a disposition of Kinsmen Park to implement housing developments.

Earlier this year, the Central Cariboo Housing Needs Assessment and Gap Analysis report estimated 800 new housing units are needed in the area in the next five years.

The site of the Poplar Glade school, which is adjacent to Kinsmen Park, was one of the properties considered for future housing.

According to a report from Planning Analyst, Jessica Ball, city staff distributed 349 surveys to neighbouring properties of Kinsmen Park and the school site within 250 metres. The City reportedly received 121 completed surveys and three formal letters. 72% of respondents opposed the disposal of the park.

Williams Lake city council discussed the issue at length at Tuesday’s regular council meeting, and eventually voted to have something drawn up so residents could see what the housing would be like in the area.