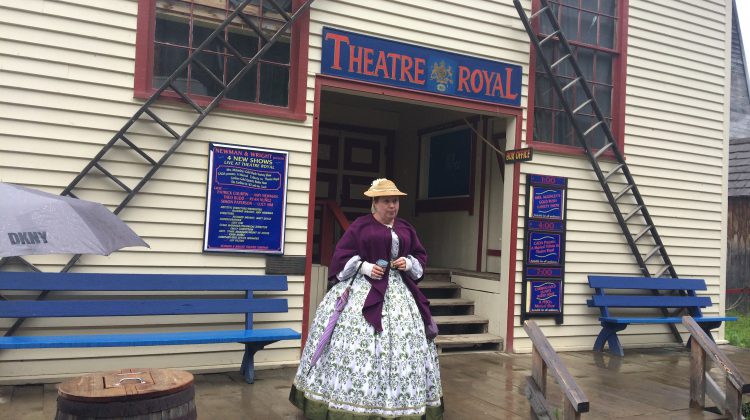 Attendance at Barkerville this year, the second season during the COVID-19 pandemic, was about the same as last year with just under 20,000 visitors.

But as James Douglas, the Director of Public Programming and Global Media Development explains, there were a couple of positive notes.

“In this particular case there are two bonuses that we had.  One is that although we were the same number of people. we were quite a few weeks shorter in our season this year.  We were about four, if not even five weeks shorter this season, so given that we stayed basically on par with our visitation we actually consider that to be a bit of a boost.  We also did really well with our spring virtual program.”

Douglas says normally in May and June they would welcome kids from all over BC and Alberta, and sometimes even Washington State, to come to Barkerville for some very specific curriculum based programming, but he says this year they brought Barkerville to the students.

“We did that through a whole series of virtual presentations that we were doing in May and June.  This particular year we were able to see just over 78-hundred kids in their classrooms, by using ZOOM calls and other sorts of technology, to make sure that they at least got that Barkerville experience.  And that 78-hundred students is almost double what we saw last spring.”

The nearly 20,000 visitors to Barkerville this year were still well below pre-pandemic levels however, as there were almost 59 thousand visitors in 2019.

Douglas says they are hoping to get back to somewhat normalcy next year.

“We are looking forward to a much more robust interpretive season, the Theatre Royale will hopefully be able to open again next season, we hope to have an in-person school program again next season.”

Douglas says the plan right now is to open on May long weekend.

They opened in late June this year.