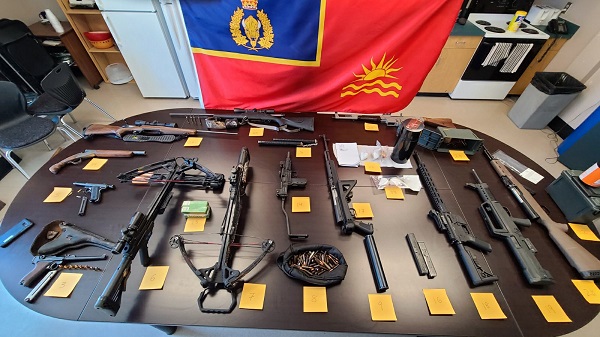 Most of the charges against a Quesnel man, arrested in connection with a major weapons seizure last year, have been stayed.

32-year old Eric Heidemann did plead guilty to one count of possession of a crossbow contrary to an order, but he was facing nine charges in total.

Heidemann was sentenced to time served, which amounted to 8 months, and he also received a lifetime firearms prohibition.

Quesnel RCMP say they executed a search warrant at two residences on West Fraser Road back on September 10th of 2020.

Sergeant Richard Weseen said at the time that “the arsenal of firearms that were seized was quite disturbing.”