South Cariboo residents speak out against the vaccine card mandate 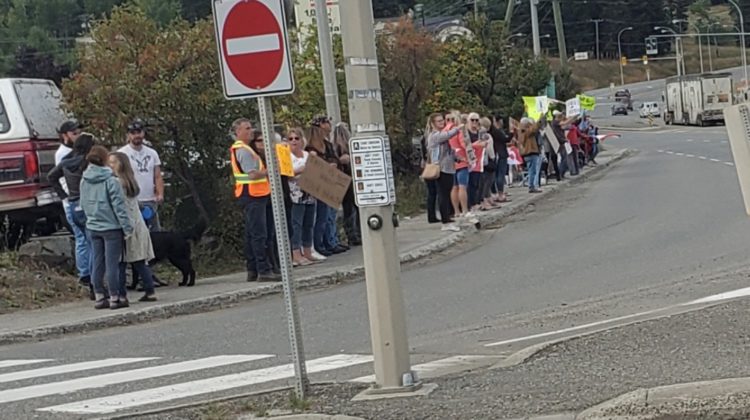 At least 120 people gathered along Highway 97 in front of the Tim Hortons on Monday.

Some were vaccinated and some were not, but they all believed they should have a choice in getting the shot.

“I feel as though once we have vaccines, it’ll be a never-ending thing.  Every six months there will be a booster and it will put down our immunity systems.” said one protester.

They believe the government is overreaching its power and what they are able to do.

“This is a global take over basically, starting with the countries that are a democracy.  It’s actually quite a scary time.” said the protester.

The protest was peaceful and there were no police there during the event.