BC Wildfire Service says fire activity is winding down 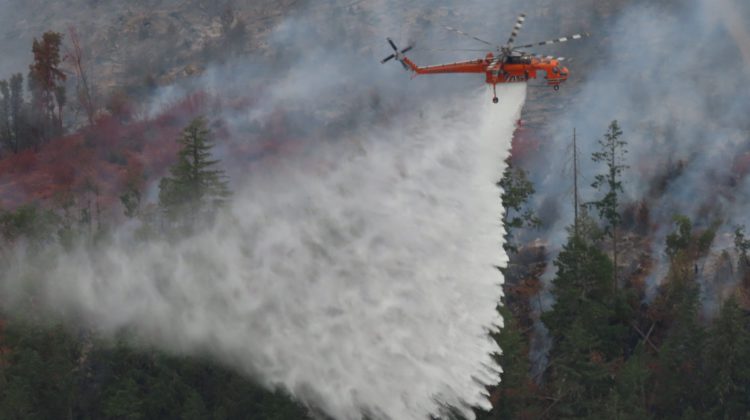 The BC Wildfire Service gave an update on the fire activity in the province, and the fire suppression efforts across BC.

Todd Nessman with the BC Wildfire Service said the number of fires of note is starting to trend downward across the province, and there hasn’t been any significant growth in fires over the past five days.

“The past week we’ve seen a decrease in activity with averaging four to six fires a day, which has been beneficial to us,” said Nessman.

He added that Evacuation Alerts and Orders are starting to drop in some areas, but notes there are still some areas of concern that haven’t seen much precipitation.

“The Cariboo, as well as the South Okanagan are both areas that continue to be dry, and areas that we really want to keep a close eye on.”

Nessman added that there has been a slight decrease in resources working on fighting fires, but said that was a sign of the progress they are making.

Dawn Roberts with the RCMP gave a quick update about the police patrolling in areas under Evacuation Orders.

“We had one situation where we checked a vehicle and its passengers that were not to be in the area, and weren’t even from the area, and a subsequent search actually did locate break-in tools.”

Roberts said they also arrested an individual who had breached conditions for an arson investigation.

She added that there have been no reports of break-ins in areas under Evacuation Orders to date.

There are 249 active wildfires across BC: