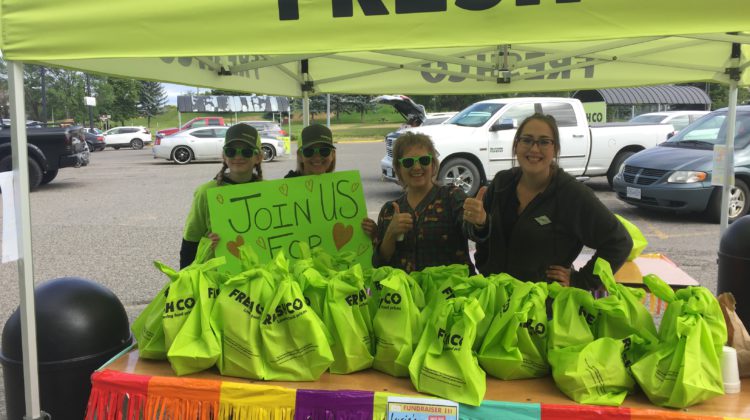 FreshCo store owner, Marnie Millership, said the fundraiser was being held to help raise money for their pharmacist, Ryan Bertoli, whose daughter Lucie is battling cancer for the second time.

“We’ve had such huge support from the community.” Millership said, “We’ve done close to 300 bagged breakfast that has gone thru and lots of people donating even without the bag breakfast, it’s been absolutely amazing.”

Millership said her goal going into this fundraiser was to raise around $3,000 and she’s pretty sure that they surpassed that.

The breakfast started at 7 this morning and by 8 they had cars lined up out of the parking lot.

Even though the drive-thru breakfast ended at 10, Millership said anyone who still wants to make a donation can do so by stopping into FreschCo in Williams Lake.