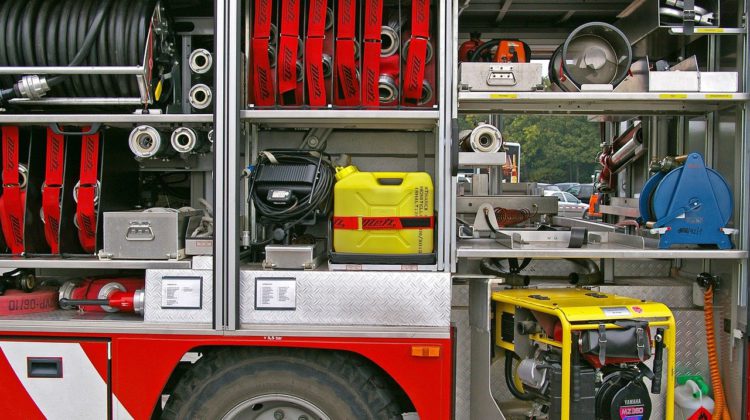 The Quesnel Fire Department responded to a structure fire earlier this morning at Sword Avenue and Carson behind the Landfill.

“At approximately 8:20 we were dispatched to a possible structure fire on a log cabin,” Fire Chief Ron Richert said, “Upon arrival, we had one wall that was fully involved.”

Richert said there was some major damage done to the exterior wall and some of the interior.

Twenty firefighters and four pieces of apparatus were on scene for approximately two hours.

Richert said the cause of the fire is still under investigation.