New Gold Mine west of Quesnel gets provincial approval 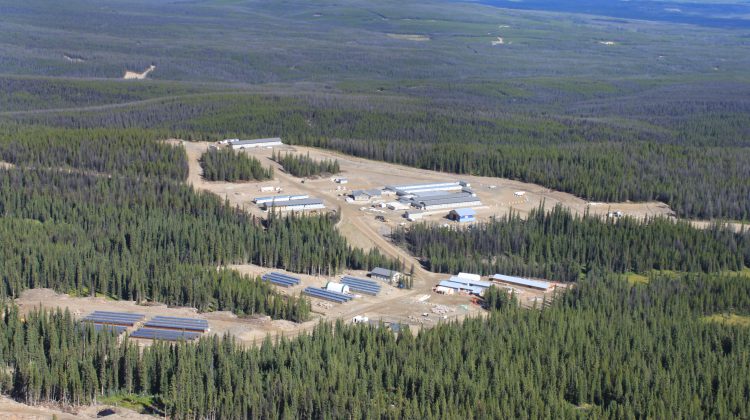 (Blackwater Gold Project-photo supplied by NewGold)
The Provincial Government has approved an early works permit for Artemis Gold’s Blackwater project.
The approval is the first step required for mine construction, allowing for the necessary site preparation and land clearing work to begin.
The Blackwater mine is estimated to be the largest gold mine development project in the Cariboo region of BC in the last decade.
“We welcome the development of the new Blackwater gold and silver mine,” said Bruce Ralston, Minister of Energy, Mines and Low-Carbon Innovation. “It will create high earning, long-term jobs, advance indigenous reconciliation, and supply some of the most responsibly mined gold and silver in the world, exemplifying British Columbia’s ESG advantage.”
An economic impact study completed on the Blackwater Project in November of 2020 anticipated the project would create 457 direct full-time jobs per year over the 23-year operating life of the mine, with 825 direct full-time jobs per year created during the construction/expansion phases of mine development.
It also said the mine was expected to contribute 13.2 billion dollars to the provincial economy.
The mine, located about 160 kilometres west of Quesnel, sits on the traditional lands of the Lhoosk’uz Dene (Kluskus) First Nation and the Ulkatcho (Anahim Lake) First Nation.
The Province signed an Economic and Community Development Agreement with both to share mineral tax revenue in 2020.
Prior to that, an impact benefits agreement was signed in 2019.
Liliane Squinas is Chief of the Lhoosk’uz Dene Nation.
“The Blackwater Gold project is in the heart of our traditional territory.  We have been actively engaged in all aspects of the project-from mineral exploration, the Environmental Assessment, and not into Permitting.  As partners with Artemis, we are excited about the employment, economic and business opportunities available to our Nation.   We look forward to strengthening our relationships as we work through the rest of the permitting process ensuring that the environmental commitments are met.”
Chief Lynda Price of the Ulkatch First Nation added “The Ulkatcho First Nation is proud to be active participants in the Blackwater Gold Project.   Our community has been engaged in the project since its inception.    While we are in favour of the mine due to its economic benefits, as the traditional stewards of our land, our top priority it the environment.  We look forward to working through the full permitting of the mine to ensure that the impacts to our Nation are properly mitigated so that all wildfire species such as caribou are protected, as they are so vital to our culture.   This project has a large number of conditions attached to its Environmental Assessment Certificate, and we will be sure that these are fully met through the permitting process.”
An impact benefits agreement was also signed with the Nazko First Nation in May of 2021 and there are ongoing negotiations with the Carrier Sekani First Nations on an impact beneftits agreement.