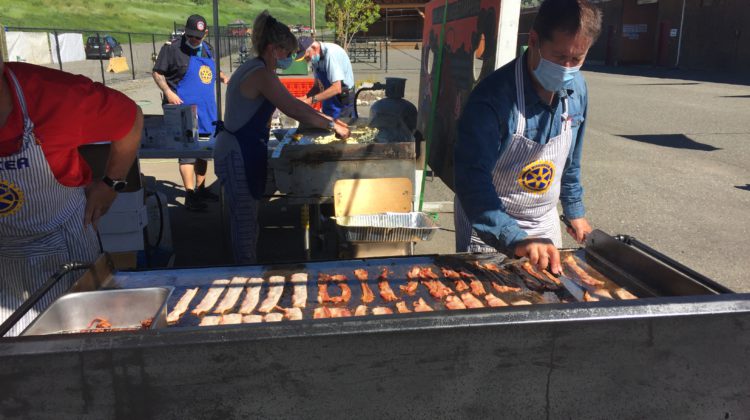 There may not have been a Williams Lake Stampede again this year, but the Stampede Grounds was busy.

Vice President of the Williams Lake Stampede Association Tim Rolph, said it was important that the event was held because, on a regular year, the Stampede breakfast is a big hit throughout the community.

“It was a fantastic day. Our numbers were really good, we don’t have an exact number on the meals served, we know about 155 vehicles went through over the three hours and we served around 450 breakfasts which I think was a little above last year. It was steady. People were lined up before 8 o’clock and the line up never ended until the breakfast ended at 11.”

On Friday night there was a drive-thru rib dinner at the Stampede Grounds and Rolph said 300 meals were sold and the 3-hour event that was scheduled to run until 8 pm ended shortly before 6:30 as it quickly sold out.

Rolph added it’s amazing the support the Williams Lake Stampede Association gets from the community, whatever the event they put on, and it’s truly gratifying.