Bears are active in the Cariboo 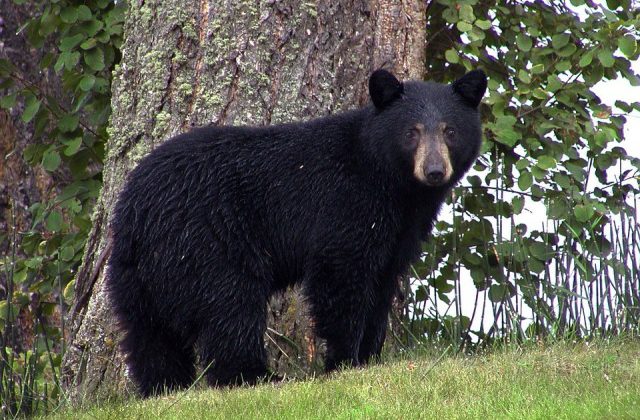 A Sergeant with the Conservation Officer Service in the Cariboo/Chilcotin says they haven’t had any serious bear incidents so far this year, but they are active.

“Mostly on the South Lakeside, you know individual bears up on Fox Mountain, Esler, and one down in Sugarcane.  Nothing terribly bad right now.  Same in Quesnel. They’re quite active.”

Tyre says they have had a couple of bears up on porches, but nothing that is a true safety concern.

He says they have had a few bears go after calves as well, which he says is normal for this time of year, but Tyre says what most bears are looking for right now are attractants or a “quick fix.”

“We have no fruit flushed yet, so they’re looking for any quick calories they can get into, and they’re targeting compost where people are putting fruit and vegetables.  No fruit trees yet but we have had a couple of barbecues because the smells stay in the barbecues, so they will try and access those, and bird feeders are another big one.

As always, Tyre says garbage is also on the menu.

“The biggest, as always, no matter what time year is the garbage and we just ask people to do the best they can, try to keep their garbage in a place where the bears can’t get at it, especially if you know there is a bear in the neighbourhood.  That may mean that you can’t have your garbage cans out, or you have to take your garbage to the landfill transfer station”

Tyre says less available garbage means fewer interactions with humans, and not as many bears that have to be destroyed.