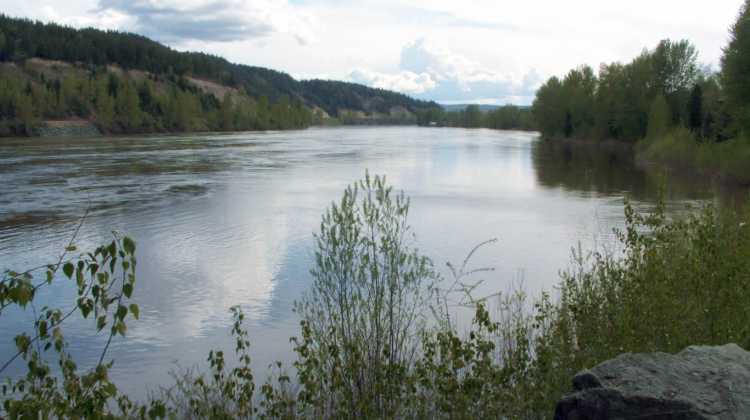 The BC River Forecast Centre has lifted all High Streamflow Advisories in the province including for the Fraser River.

“As of 11:00 AM, it has been removed,” says BC River Forecast Centre Hydrologist Jonathon Boyd, “That’s for the Quesnel River, the North Thompson River, and the main stem of the Fraser River from the headwaters through the Middle Fraser.”

Boyd says this was the last High Streamflow Advisory in effect in the province, and almost half the province was in an advisory.

“It was just so incredibly hot in the last couple days of May and the first few days of June,” Boyd says, “It just pushed snowmelt levels incredibly high. It was definitely concerning, a lot of areas, it was a High Streamflow Advisory to just point out that we were reaching the highest flows of the season and not necessarily that there was going to be any significant flooding related to that.”

Boyd says there is a possibility of a significant storm that is forecasted to hit the Peace Region, but there is the possibility it could come into the Cariboo.

“That risk is always present, especially when we get into the summer months,” Boyd says, “in the smaller creeks, it’s the thunderstorms that will potentially bring incredible amounts of precipitation in a one or two hour period and effect maybe a local drainage and cause issues with culverts or roads, but, say for the Quesnel River or Quesnel Lake, I think we’re at the point we’re probably unlikely to get higher than what we just witnessed.”

The Cariboo’s snowpack numbers are mostly normal for this time of year. The Quesnel basin is at 111% of normal, and the North Thompson is at 98% of normal. However, the Bridge – Middle Fraser is at 47% of normal, which Boyd says is an indication that the melt happened earlier than normal.

Other basins in and around the Cariboo show no data, meaning there is no snow left in the low to mid-elevations in that area.