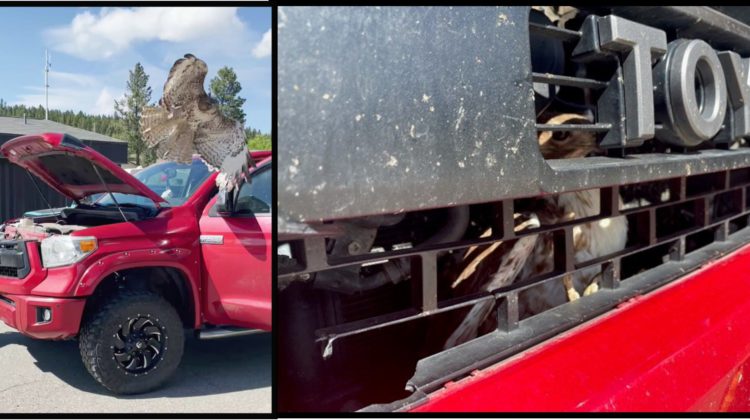 An unusual accident happened this past Friday (June 4, 2021) involving a truck and a red tail hawk.

The driver of the truck traveling on highway 97 just south of Clinton, struck the bird and noticed that it was stuck in her front grill.

The woman immediately called 911 and, was told to go to the nearest police station, which turned out to be Clinton.

Constable Jesse O’Donaghey says they were able to open the front grill and release the bird and once freed the hawk flew away seeming unharmed.

The only damage to the vehicle was a small hole on the grill of the truck.