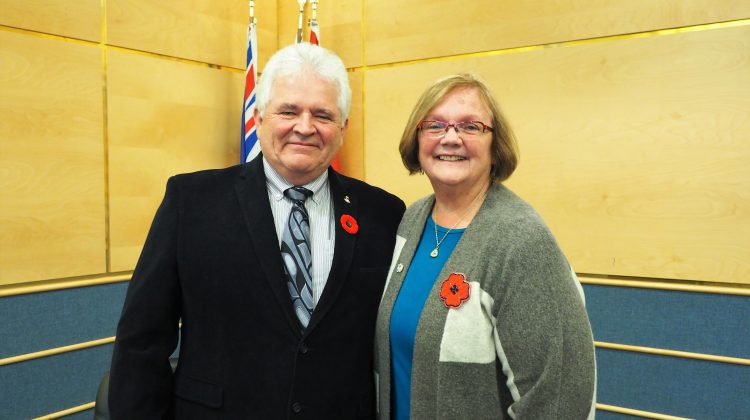 “If we could have some sort of a, you know a statement to acknowledge what’s been going on.  I think it is especially important with this upcoming Canada Day, because I would to miss this opportunity to reach out to the indigenous communities around our region.”

Massier encouraged his colleagues and staff to think about what they could do.

“Whatever virtual or regular celebrations we’re going to have there, I think this issue is just too big an issue for us to carry on and celebrate the upcoming Canada Day in our usual fashion without some acknowledgement of what’s been found at Kamloops, and is likely to be found at many other schools.”

Goulet, also the Executive Director at the Native Friendship Centre, noted that as elected officials there may be a time when they will need to really look at things.

“And I point to the Truth and Reconciliation Commission and the 94 recommendations that are out there.  Maybe nine of them have been implemented.  In BC we really haven’t had much movement.  I think there is a role for us as politicians to start to understand, and to start to work with the aboriginal communities as they work through this hard time.”

Goulet said that one recommendation that hasn’t gone ahead was to have a missing children and unmarked burial registry of all residential schools.

“That was a project that was supposed to be funded by the federal government to make a registry of all the residential schools, all the people that died and keep a registry of who attended and get some facts. Some of the Chiefs are saying that they want that work to continue and they would like to see a register, I think it’s part of their healing process.”

Goulet says anything that is done should involve First Nations and not just government.

He closed by saying that politicians may be asked to weigh in at some point, and that they need to have these “difficult conversations” moving forward.