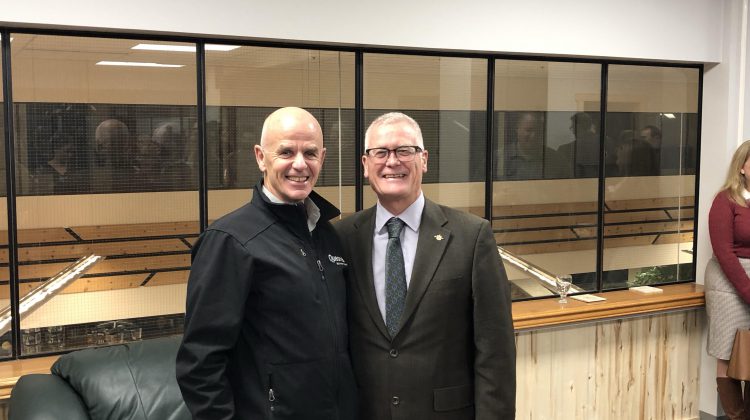 Quesnel Mayor Bob Simpson says as long as the position paper evolves the way the government intends it to, he sees a number of benefits for the area.

“It means that Quesnel residents will have more say over what happens to the forest in our area, more input, and more direct benefits from that.  And we should be able to see more manufacturing jobs coming form it, as well as more forestry jobs doing the kinds of rehabilitation out on the land base that needs to be done.”

Simpson says the Quesnel community played a role in all of this.

“I think quite frankly our own forestry initiatives and our forestry think tank process has canvassed a lot of those areas, and a lot of the senior government ministry folks have been involved in those discussions. So I think the Quesnel community can be proud that we’ve had some influence in some of the areas that are being canvassed, and some of the thoughts there.”

Simpson says the NDP Government has indicated that they want to make sure that existing license holders get fair compensation for any shift in tenure that occurs.

He says he thinks that that is the right thing to do and should give West Fraser some comfort, as they are Quesnel’s largest employer and largest license holder.

Simpson says he also likes the idea of First Nations being more involved in the industry.

“They are all in the forestry game already and the intention paper indicates that that is going to be ramped up, and the First Nations are not going to go anywhere.   Their desire to see that land base be well managed for future generations, I think is good for all of us.”

Simpson says the ideas discussed in this paper will also be good for Quesnel’s proposed Community Forest.

“We’ll be managing a specific land around the City, and the intentions paper indicates that that’s the direction the government wants to continue to move on, for First Nations and communities to actually be land vested and involved in managing the forest, as well as involved in getting the benefits directly from the forest.   So it should be good for the work that we’re doing around the community forest, and of course that’s a partnership between the City of Quesnel and four First Nations.”

Simpson says his hope now is that the discussion on the ideas in this intentions paper is now accelerated.

” It’s long overdue for the BC Forest Policy to shift with the times, climate change, reduction in the annual allowable cut, you know the communities that are being impacted by mill closures.”

Simpson says we need to move faster, and not slower.