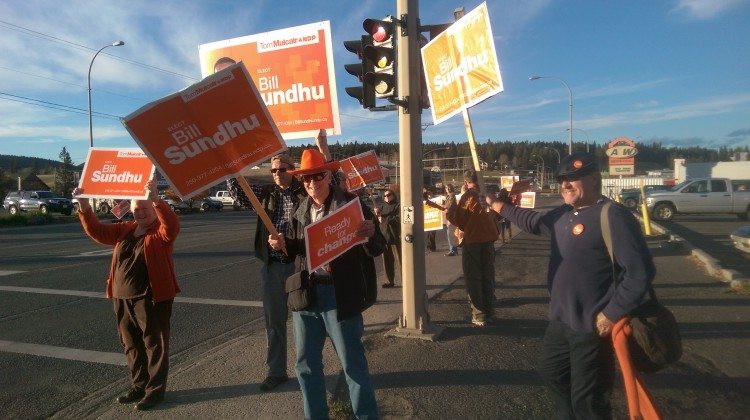 Supporters of the NDP candidate for the Kamloops-Thompson-Cariboo riding took over a stretch of highway in 100 Mile House today.

Current projections for the riding are in flux after a deluge of voters over the weekend cast doubt on whether the existing numbers would remain accurate with potentially higher voter turnout.