Fire North Of Clinton Has Been Called Out 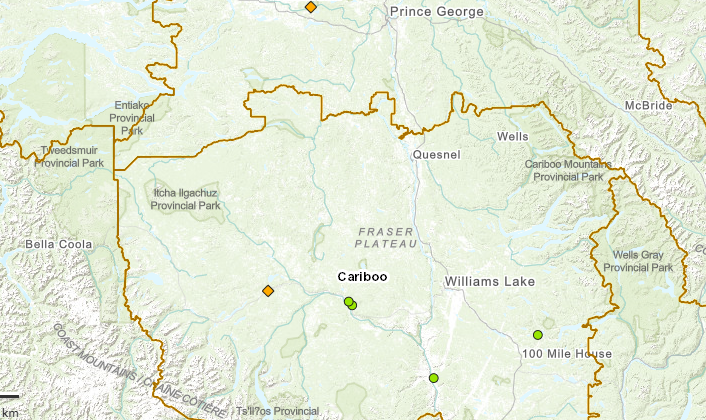 The fire that was 5 kilometers north of Clinton was just called out earlier this (April 27) afternoon by the Cariboo Fire Centre.

Fire Information Officer Jessica Mack said crews are departing that area and has this update on the fire near Churn Creek.

“The size remains at 64 hectares and that has not changed since when it initially started. We do have 27 BC Wildfire Service personnel that remain on-site and they’re continuing to patrol the wildfire. The status of that incident is under control.”

The wildfire near Forest Grove is 25 hectares in size.” Mack said, “We do not have any crews that are on the fire today (April 27) but we have set up sprinklers along the existing control lines, which is the perimeter of the fire, to ensure that there’s no further spread