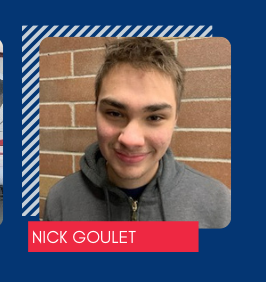 16-year old Nick Goulet, a grade 11 student at Correlieu, is one of just five students in BC to receive this honour as part of the 7th annual Metis Youth Role Model campaign.

Goulet says he has had a lot of reaction from friends and family.

“They have congratulated me.  It makes me feel proud that I have been recognized for something I’ve done.”

Goulet says he found out that he had won through a Facebook post that he was tagged on.

He is now featured on the Metis Youth British Columbia website, and he will also receive 300 dollars worth of gift cards.