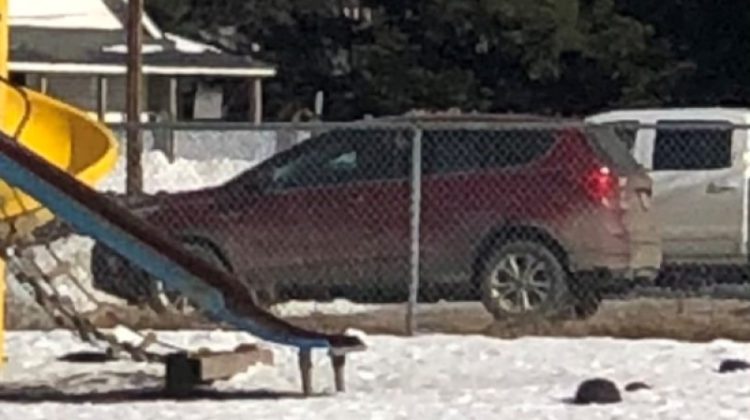 Quesnel RCMP is trying to identify the driver of a red SUV in an incident that happened near a school on Maple Drive.

According to RCMP, a male in a red SUV was driving in the 1800 Block of Maple Drive around 1:30 PM on March 5th. Police say the male stopped the SUV and made hand gestures that appeared as though he wanted the girls to enter the back seat of his vehicle.

The girls ran into a nearby school and called for help. The SUV was seen circling the block and departed shortly after.

The driver is described as a male with a light complexion in his late 40s or early 50s, and he was bald and wearing a black hat.

Sgt. Richard Weseen of the Quesnel RCMP says the girls did the right thing during this incident. “They were quick to react by running away to a safe location, called for help, and provided a good description of the man and his vehicle”, Weseen says, “it is unknown at this time what the man’s intention was. We urge the driver of the SUV to come forward and speak to the investigators”.

Police are asking anyone with information on this incident to call Quesnel RCMP at 250-992-9211.