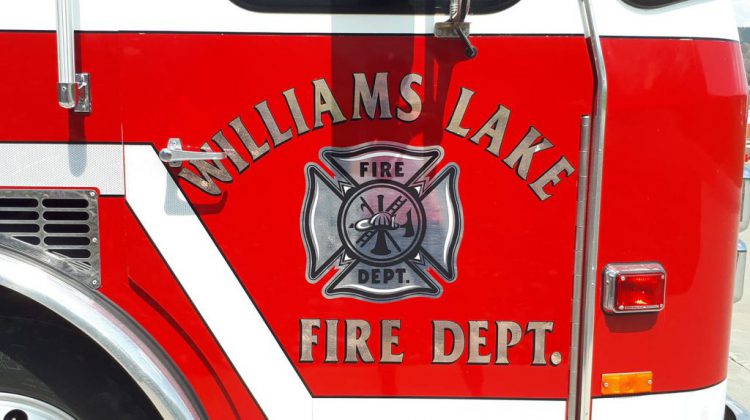 Fire Chief Erick Peterson said they received a call around 2:40 and responded with 14 firefighters, the Rapid Response truck, and Ladder Truck.

“Upon arrival we had smoke and flames coming from what is commonly called “the Chip Bins”. “When we got on scene, access was a bit of an issue so we used our Ladder truck to try to cool down and extinguish the fire from above”. Peterson said, “After cooling it down for about an hour or two we worked with West Fraser crews to open up the Chip bins and release some of the smoldering wood fiber and dust from the structures”.

Peterson added that “Crews took great care during this portion of the operation just to avoid a dust explosion, then after safely dumping the Chip bins and extinguishing the materials, we chased hot spots in some of the ventings around the structure for approximately another hour, hour and a half after that”.

Peterson said the cause of the fire is unknown and not suspicious adding that damage was pretty much controlled.