Most residents unprepared for storm-related power outages: BC Hydro

A new report from BC Hydro says residents are mistaking pandemic preparedness with power outage readiness. 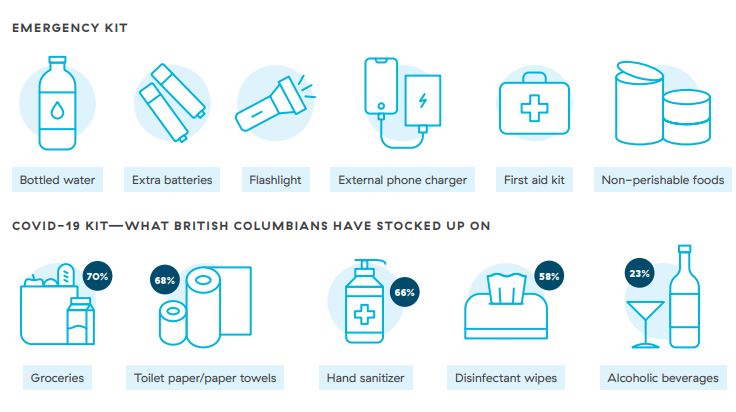 Graphic supplied by BC Hydro

It states those across the province, including the north, feel more prepared for storm-related outages after stocking up on household items for COVID-19 despite not having an emergency kit.

“We found that most do not have an emergency preparedness kit, over half don’t have one and most don’t plan to purchase one this winter. In fact, almost 30% claim that has not taken any steps to prepare for an outage.”

A recent survey finds 20% of residents in the province think they are more prepared for winter storms due to the pandemic after stocking up on items like toilet paper, hand sanitizer, and alcohol.

Gammer added while the north has been impacted, the biggest storms have occurred in the south.

“We have had two of our largest outings in BC history earlier this year and in 2018 – outages that were approaching 700-thousand and even a million customers all on their own and those were focused more in the southern interior, Greater Vancouver and Vancouver Island.”

“The north, while it has been hit hard several times in the 15 years I have been here, it hasn’t been walloped as they have seen down south.”

BC Hydro recommends having a first aid kit, bottled water, non-perishable food items, a flashlight, and batteries that will last at least 72 hours.

“Two-thirds of people are worried about food spoilage in their fridge or freezer, 16% worry about feeling cold while 10% worry about their cell phone battery dying. So, in a year where there might not be as much freedom to go somewhere else to ride out a power outage, three critical things we would say is to be prepared, have that emergency kit and stock it up for at least 72 hours.”

A 117% increase in storms has been responded to by crews over the past several years, rising from 52 in 2014 to an average of 113 in the past three years.