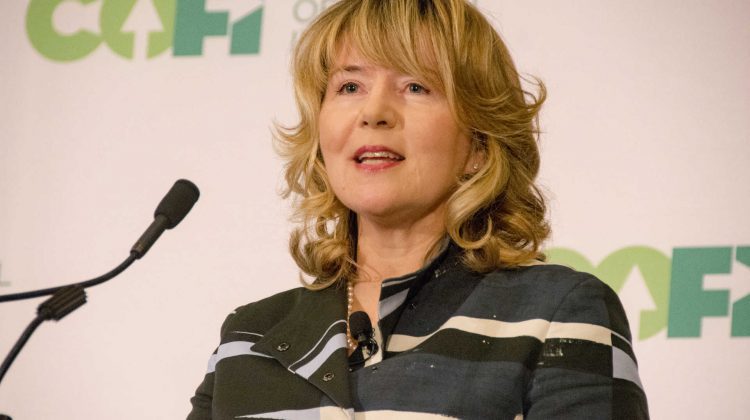 Susan Yurkovich (President and CEO of Council of Forest Industries)

There’s a glimmer of hope the ongoing softwood lumber dispute between Canada and the United States might come to an end under the Biden-Harris administration.

That’s from Council of Forest Industries President Susan Yurkovich, who stated our neighbours to the south remain our most important trading partner.

“We have, of course, have seen over the spring very strong demand from American customers for BC products, and we are hoping that a new administration can recognize the importance of the North American marketplace and the important role Canada and the BC marketplace play in it.”

“There is strong demand for our product here in the US, and that’s because the American industry is not able to meet the demands of consumers of the United States and with a new administration and hope for a vaccine, what we are going to see is optimism.”

Yurkovich added the goal is to get tariffs removed on BC lumber products, which have had a negative impact on sawmills.

“We’ve been fighting this softwood lumber dispute with the US for decades now, and we have these ongoing legal fights with our American industry counterparts, and we continually prove in court that our industry is not subsidized.”

She is of the opinion the incoming Biden-Harris government could improve trade relations between the two countries.

“America is the single-most-important trading partner for British Columbia and for Canada, and the stability with your trading partners is really important.”

“Softwood lumber has been an ongoing challenge for our two countries, and with the new administration, we are looking forward to having a new opportunity to resolve the dispute.”

US President-elect Joe Biden is set to begin his term on January 20th.