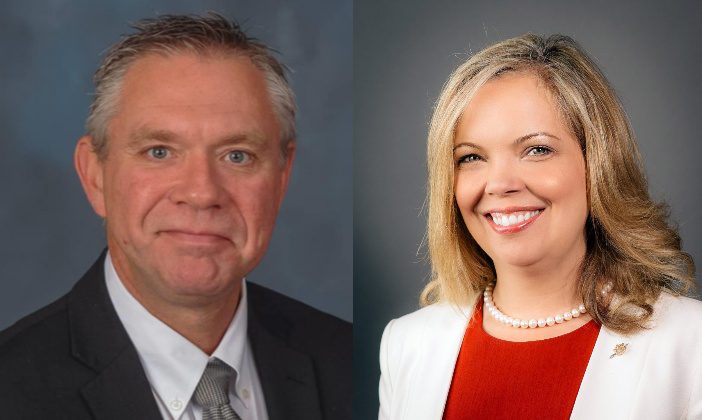 Photos courtesy of Doerkson and Oakes

The Cariboo-Chilcotin and Cariboo North ridings remain under the Liberal Party according to preliminary voting results.

Coralee Oakes retained her title as MLA of Cariboo North, and Lorne Doerkson was voted as the new MLA for the Cariboo-Chilcotin riding.

Oakes received close to 50 percent of the votes as she has been elected for the third time as the ridings MLA.

“I think it’s really important to acknowledge and thank all of the volunteers that worked on all of the campaigns,” Oakes said. “I am so incredibly grateful for the team that stepped up for me. We had so many first time folks that volunteered who really never participated in a campaign process before, and I couldn’t be prouder. It was incredibly humbling to have their support and that they worked so hard.”

Doerkson received over 52 percent of the votes and took over for Donna Barnett, the only MLA in the ridings 11-years history.

“I am very excited,” Doerkson said. “No matter what the election results are for the province I definety want to represent this riding so I am excited for the challenges that are ahead of me.”

Provincially, the B.C. NDP will form a majority government in the province for the first time in over 20 years as voters will send leader John Horgan back to the legislature.

Horgan is the only consecutive two-term premier in his party’s history.

Final voting results will not be available until after the conclusion of the final count. The final count’s timing will be announced as soon as possible following the completion of the initial count.