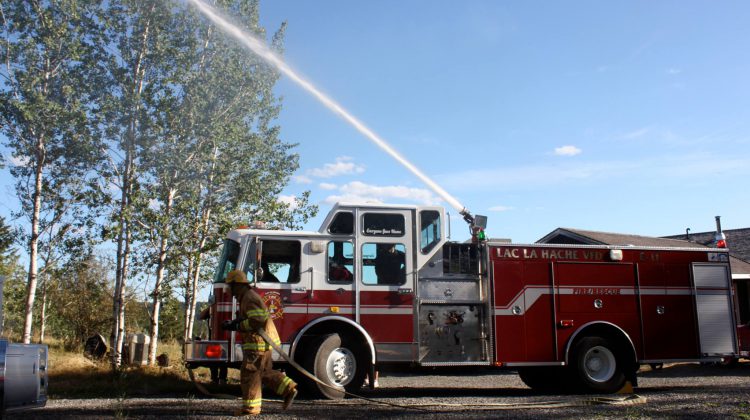 The Cariboo Regional District Board has approved the use of an alternative approval process to fund a replacement firetruck for the Lac La Hache Fire Department. The reason for the purchase of a new truck is not because the current trucks are faulty or that they’re not doing their job, but that new firetruck will help keep insurance costs for Lac La Hache residents down.

According to CRD Area G Director Al Richmond, when a fire truck reaches around 20 years old, the department will lose their insurance rating. Insurance standards require a fire department has to keep a front-line fire truck that is less than 20 years old.

The CRD will be using a financing plan of around $500,000 for over 10 years, rather than the typical 5 years.  A 5-year plan for financing generates less interest, but Richmond says that would have increased taxes for fire by over 25%.

The Board consulted Lac La Hache residents via a phone-in meeting last week. Residents had questions on what the plan would do to their taxes. Richmond stated they didn’t get the participation they were hoping for, but residents we’re still given the opportunity to voice their concerns. Richmond says most of the people that phoned in were supportive of the fire department, and the plan to finance the new truck.