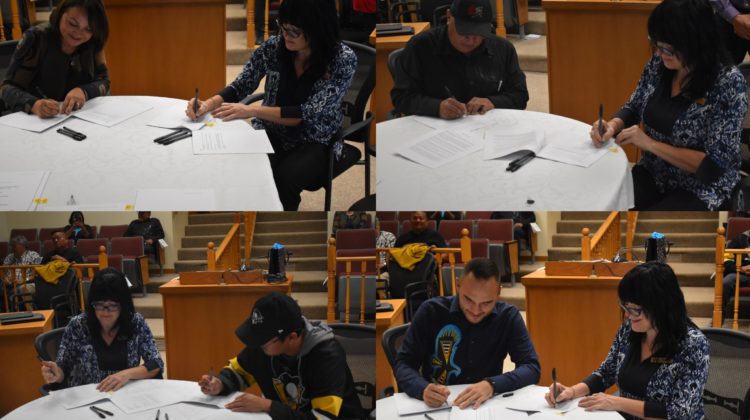 The Ulkatcho, Tsideldel, Williams Lake, and Yunesit’in First Nations signed all signed agreements that will encompass 12 bands within the communities as well.

The agreements have the goals of building a sense of belonging, improving academic success, and making First Nation language and culture a part of the school district.

Jerome Beauchamp, first nations education liaison with the Cariboo-Chilcotin School District said now that the agreement has been signed, both sides to start building better relationships.

“It’s the next step in really building good relationships with communities and really furthering the good work that we do for students across the district,” he said. “I think the local education agreement pieces helps us to focus our efforts on what the needs of each community are as opposed to the district as a whole. It gives us a more focused look at each community.”

Beauchamp said that they have been working towards the agreements for a while now, and that to see the agreement signed means a lot to him.

“We’ve been working towards this since local education agreements became more important to have. I think we got to the point where we realized that if we really going to do a good job for communities, having a specific agreement with each of those communities was the way to go. That’s when we really began that push.”

The next step now that the agreement has been signed is for the First Nation communities to have a regular meeting with the school district.

“That’s where we sit down and talk about each of the individual students that come from there communities,” he said. “What students need to be successful in school. From our end trying to make sure what we important in that student’s school is going to meet there needs.”

Agreements were signed at the Cariboo-Chilcotin School District’s first board meeting of the new school year.