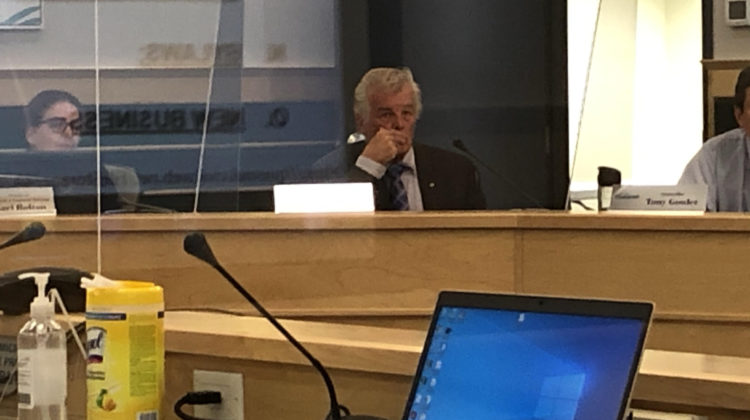 A Quesnel City Councillor is on the outside looking in when it comes to committee appointments.

“I am obviously very conspicuous by my absence on any of the lists for the standing committees, select, well anything and I am just wondering if you could explain why you’ve excluded your senior Councillor from this list.”

Mayor Bob Simpson, in his response, alluded to a conversation that they had earlier…

“You were asked specifically if there was any way that we could have confidence that you would not misrepresent the work of Council in the public domain, and if you still stood by the words that you had said to our two senior Councillors next to you, Councillors Elliott and Roodenburg, that my agenda as Mayor was as a serial arsonist burning up the city, that you did not have confidence in that agenda.”

Simpson went on to say that until then he felt that the best place for Councillor Paull to do his work was in Council chambers.

Paull stated that some of the allegations against him were a bit flavoured, although the Mayor did have  Councillors Scott Elliott and Laurey-Anne Roodenburg confirm the arsonist comment.

Councillor Paull’s last words were that he was ready to go back to work when needed.